This article was written with the help of Wayne Goldsmith who I have been worked with in the past. Wayne is a sports coaching expert who has worked extensively with sports teams and organisations all over the world including Swimming Australia, the US Olympic Committee and numerous Football and Rugby clubs.

I have always encouraged my fighters to train consistently all year round rather than doing ‘Fight Camps’. I believe in constantly improving your skills so that you are a much better fighter the next time you step into the cage than you were in your last fight. Fight camps usually involve training hard for six weeks before a match which inevitably leads to slacking off afterwards until another fight comes along. This is pretty common in the world of professional MMA which leads to low level fighters trying to do the same hoping to get the same results.

The alternative to this is to be in the gym every week constantly improving and adding new skills to your repertoire and also ensuring that you are staying fit and ready to fight at short notice if necessary. 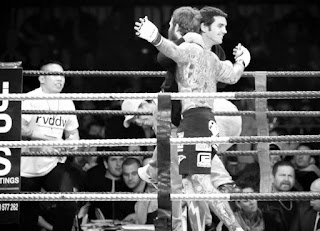 Ideally, MMA athletes will aim to never be more than 3-4 weeks from their peak performance fighting shape. To achieve this, it is essential that the MMA athlete remain committed to maintaining a “baseline” of skills, technique and fitness training at all times of the year.

Over time, this “baseline” level can be progressively improved to higher and higher levels so that the athlete’s peak performance systematically improves over the long term.

Obviously it is more difficult to maintain year round training rather than going hard for a few weeks then taking months off. It requires much more professionalism, determination and work ethic on the part of the fighter, however, I feel that the ability to do this will separate the top fighters from the rest.

Mixed Martial Arts is a relatively young sport which leads to uncertainty about the best ways to train and prepare for it. Often this leads to athletes and coaches imitating what they see athletes doing in other sports. One example of this is the practice of ‘Periodization’.

Periodization is the systematic planning of Physical Training with the aim of reaching the best possible performance in the most important competition of the year. It usually involves progressive cycling of various aspects of a training program during a specific period, usually divided into the off season, preseason, in season, and the postseason.

Although there are elements of Periodization which I feel can be beneficial, there are several reasons why I feel this does not work as perfectly for Mixed Martial Arts as it does for other sports such as Football or Athletics:

Lack of a ‘Fight Season’ 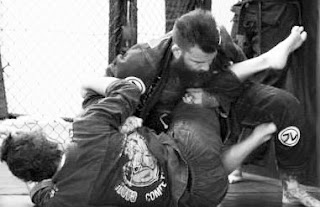 Mixed Martial Arts is less predictable schedule than other sports. There is no clear calendar of events such as national championships, world championships and Olympics. MMA doesn’t have a ‘Season’ such as in Football or Rugby. Fighters, especially those early in their careers, need to be ready to take fights all the time at short notice. This is due to need for exposure which will help build their profile and career, the need to gain experience against increasing levels of opponents and also to make the most of opportunities when they come along.

Missing out on Big Opportunities

I would advise any fighter who wishes to make it to the top level, to be ready to fight every two months for around the first 2-3 years of their career, while also making sure to constantly build on and improve their skills between these fights.

Need to Keep Learning and adding to your skills

Another big reason to not take time off between fights is because there is so much material to cover. Even if you are already a high level competitor in one fighting style it is essential  to keep improving and adding weapons to your game. Opponents will study your previous fights to capitalise on weaknesses. It is essential that you are spending time fixing up the holes in your game while adding new skills and weapons from one fight to the next.

Compared to other sports there are lots more skills to learn and practice. There aren’t enough hours in the day to master all the various skills and techniques of Take-downs, Boxing, Jiu jitsu, Kicking, Clinch Fighting, Leg-Locks and more but you can make an effort to gradually add some elements of a different skill-set to your arsenal which gradually turn you into a much more dangerous opponent.

The fighter needs to commit to being in the gym every day, year round to keep getting better all the time not just when they have a fight coming up.

In part two I’ll discuss the various levels and stages of fight readiness and preparation.